When you think of Burberry, you picture a luxurious trench coat, or a beige plaid scarf. However, there is a lot more history behind Thomas Burberry’s famous pattern and designer fashion brand. Did you know that pattern had a name? Or that it was trademarked? Did you ever hear of a Tielocken or know what the Trench Coat was first designed for? Here are some terms you should know before you call yourself a true Burberry fan.

1) GABARDINE - In 1879, Thomas Burberry invented a breathable, weatherproof and hardwearing fabric called gabardine. This fabric revolutionized rainwear, which up until then had typically been bulky and uncomfortable to wear. Gabardine was then patented in 1888. (us.burberry.com)

2) TIELOCKEN - Thomas Burberry designed the Tielocken that later inspired the modern-day trench coat. The Tielocken was an unbuttoned coat with a belt that fastens around the waist with a buckle and only featured a button at the collar. This design was patented in 1912. (us.burberry.com) 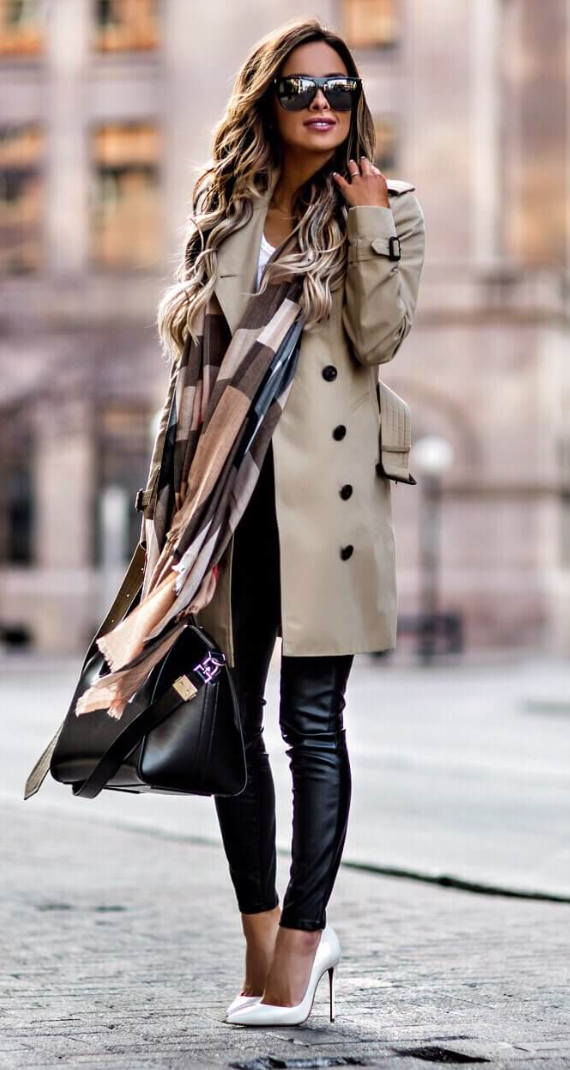 3) TRENCH COAT - During WWI, Thomas Burberry was asked by the British Army to update the Tielocken and turn it into a functional outerwear on the battle ground. He designed the coat to include belt rings to hold grenades, maps and flasks. Shoulder straps were added to secure binoculars and a gas mask, and large flaps were included for added protection on the chest while military men were in the trenches, which is where the term “trench coat” originated. (us.burberry.com)

4) NOVA CHECK - In 1924, Burberry created the Nova Check, the label’s most recognizable print. The trademark plaid is beige with black, white and red checks. In 1967, Burberry officially trademarked the Nova Check and introduced a full line of accessories with the popular print design. (coutureusa.com)

5) PRORSUM - The original brand name was “Burberrys” but in 1999 the letter “s” was dropped. Under the new brand name, the company launched a new line, Burberry Prorsum, whose purpose was to move Burberry forward to the next generation. Prorsum is a Latin word that means “forwards” and was taken from Burberry’s Equestrian Knight label. (coutureusa.com) 6) EPAULETTES – An Epaulette is an ornamental shoulder piece on an item of clothing, especially on the coat or jacket of a military uniform. During the 1960s the trench coat’s most iconic features were the D-rings, storm flaps and epaulettes. These ornamental pieces soon became fashion statements. (us.burberry.com)